Skip to content
Did you know that the Call for Nominations for the IPMI Board of Directors and CAPP Certification Board is open through February 16? Find out more here.

The Call for Nominations for the IPMI Board of Directors and CAPP Certification Board is open through February 16? Find out more here. 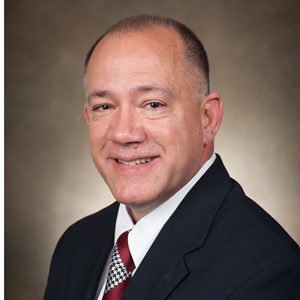 As Associate Director of Transportation Services - Transit, Mr. Knickrehm oversees the daily operations for The University of Alabama’s transportation programs, Crimson Ride - Transit. He and his dedicated staff work closely with UA stakeholders to safely transport all riders in an efficient and timely manner in and around the university community.
Mr. Knickrehm was born in New York and raised in Huntsville, AL. He graduated from the United States Military Academy, West Point, New York, where he received a Bachelor of Science in Mechanical Engineering. He holds a Master of Science in Management from Florida Tech and an Educational Specialist degree in Educational Leadership from Liberty University. Mr. Knickrehm is also a graduate of the U.S. Army Command and General Staff School.
Before embarking on his current career, Mr. Knickrehm was the Transportation Director for Hoover City Schools, Alabama’s seventh-largest school system with over one hundred and sixty buses. During his first career, Mr. Knickrehm served in various worldwide positions as a U.S. Army Officer, earning numerous awards and decorations before his retirement in 2005 as a Lieutenant Colonel. His final two assignments were in the Birmingham area as the Blazer Battalion Commander/Professor of Military Science for the University of Alabama – Birmingham, Army ROTC Program and as Deputy Commander, Battle Projection Group, 1st Brigade 87th Division.

He enjoys family activities, traveling, and sports in his free time. James is married to the former Kathryn (Kathie) B. Dawson, and they have two married children and three grandchildren.

Is Your Company a Member?

If you are an employee of an IPMI member company, we invite you to set up an online account to:

The members of IPMI invite and encourage you to join! By working together, we can achieve our mission to maintain and enhance our industry as a whole.

All membership applications for IPMI will be reviewed for approval.